A Tour of Haute Couture 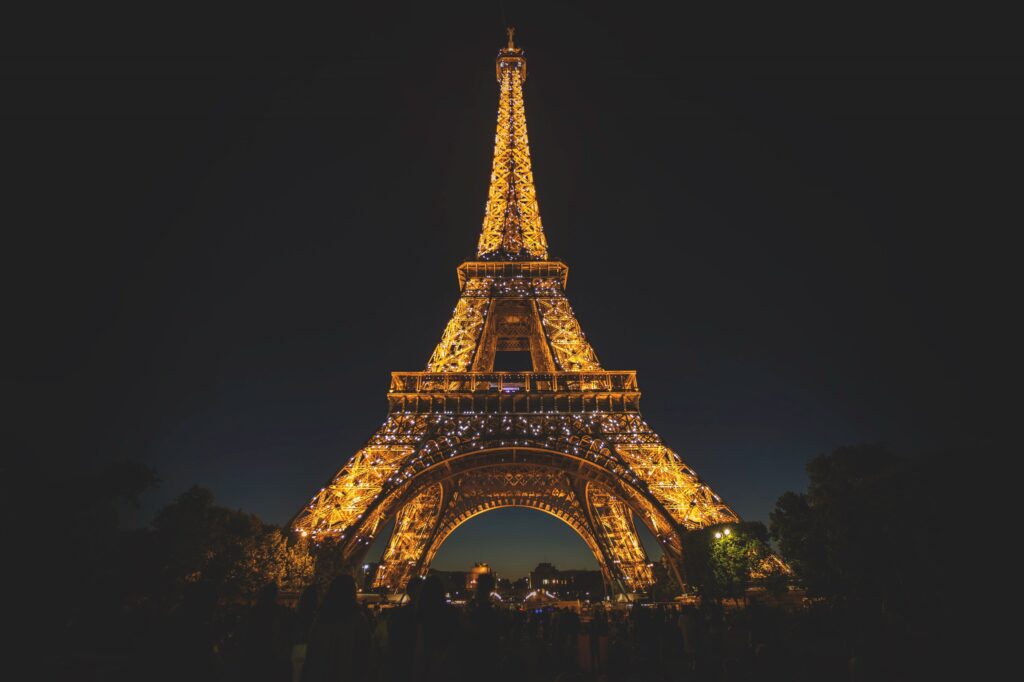 In the Press Download as PDF
America’s Best Cleaners (ABC), a certification organization for high-end drycleaners, took a number of affiliates to Paris to take a behind-the-scenes look at haute couture last month as part of its ongoing educational programs.
Paris affiliate Maurice Benhamou, operator of Pressing de La Madeleine in Paris’ posh 8th arrondissement, welcomed fellow ABC/World’s Best Cleaners members upon arrival. The 8th is home to the presidential palace, embassies and the fashion districts of Avenue Montaigne and Rue du Faubourg St. Honore. Benhamou charges accordingly: A suit costs E24 ($35.19), and a laundered shirt is E8 ($11.73).
ABC affiliates began the visit on Rue du Faubourg St. Honore with a tour of the Hermès company headquarters and viewing of its private family collection. The collection boasts some of the most exotic fashion-related items of 19th- and 20th-century France, from a gold-leaf-trimmed travel chest owned by Napoleon to an Hermès riding outfit borrowed by designer Jean Paul Gaultier for a Madonna fashion shoot.
Hermès designers still look to  the collection for inspiration—especially the company’s own work since 1837, when its third-generation owner turned Hermès from harness-maker into clothier. Many items are too fragile to lend out: In making the recent film Marie Antoinette, propmasters wanted to borrow a pheasant-feather parasol, and the family declined. When the filmmakers tried to replicate the item, they couldn’t find anyone with the skills to do it.
Members also walked the surrounding streets, which house Hermès, Dior, Yves St. Laurent and Chanel stores. ABC members visited Marni, Prada, Armani, Cavalli, Liste Rouge and a number of other couture shops.
The next stop on the trip was L’Opèra de Paris Garnier, the opera house that made the fictional Phantom famous. There, Mme. Ghislaine Oudin, chef de costumier (lead costumer), gave ABC affiliates a backstage tour that included the rarely seen basement, which sits atop an underground lake.
The tour included dressing, wardrobe and costume-fabrication rooms. Ghislaine showed off many elaborate costumes, including silk gowns encrusted with Swarovski crystals. The opera house sends work to Pressing de La Madeleine, and hosts some of Paris’ most exclusive runway shows.
ABC’s group then traveled to the Loire Valley to visit the last operating silk factory in France. Silk production in chateau country has flourished for more than 500 years—ever since Louis XI brought the silk trade to France to compete with Italian silkmakers.
The Le Manach plant in Tours uses the same tools and equipment it used 250 years ago; silks are hand-loomed and sell for up to $6,000 per meter. Most Le Manach silks are used to restore draperies and upholstery in chateaux throughout France, including Fontainebleau. Affiliates watched jacquards take shape on a 180-year-old loom that uses an early punch-card system to feed up to 10,000 threads into a single bolt of silk.
Affiliates then visited the factory of Liste Rouge, a high-end shirtmaker based in Normandy. Liste Rouge got its name from wealthy Jazz-Age Parisians who wanted to keep their names out of the local phone book and instead put their names on the “Red List.” The term soon became synonymous with wealth, class and sophistication.
Liste Rouge is one of the top shirtmakers in the world, and uses only the finest West Indies Sea Island cotton. Liste Rouge also makes custom suits, belts, ties and gloves, and is one of only a few companies in the world that still monograms shirts by hand. Affiliates then paid their respects to those who gave their lives during the D-Day invasion at nearby Omaha Beach.
America’s Best regularly visits clothing manufacturers to educate its affiliates on the construction of the high-end garments they see in their plants. Last year, ABC visited Italy to tour the Brioni factory, Ferragamo Museum, and Zegna and Barberis mills.For more information about America’s Best Cleaners, visit www.americasbestcleaners.com, e-mail executive director Ed D’Elicio at eddelicio@americasbestcleaners.com, or call 415-945-9577.