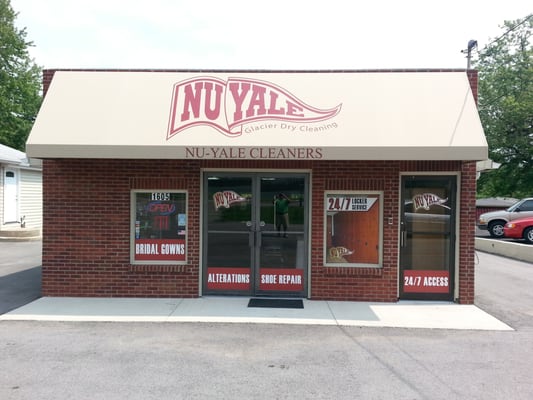 In the Press Download as PDF
LOUISVILLE, Ky. — Nu-Yale Cleaners, a chain with locations throughout the Louisville area, recently won America’s Best Cleaners’ (ABC) Affiliate of The Year Award.
Nu-Yale, a long-time Indiana 5-Star award-winning cleaner, switched to the Solvair cleaning system last year to promote a “green” message, and has seen strong business growth despite the down economy, ABC says.
Believing that consumers would be willing to pay up to 10% more for a “green” product as long as the quality was the same, Nu-Yale Owner Gary Maloney implemented a tiered pricing structure that charges a premium to have clothes cleaned in Solvair.
“We are under the umbrella of being green, but are also giving the consumer a product and service [that] they want and are willing to pay for,” says Maloney.
Nu-Yale has been gradually upgrading customers to Solvair cleaning and currently runs approximately 50% of all incoming orders in the system.
“While a lot of drycleaners seem to be down, we were up 12%-14% in 2008, and this month we are already up 20%,” Maloney says.
With strong demand from customers, Nu-Yale is planning to install a second Solvair system soon.
“Customers are happy and we are growing. In today’s economy, that is huge,” Maloney says.

This article was originally written by Jason Hicks at americandrycleaner.com.